Why Is Opioid Addiction So Hard To Beat?

Opioid pain relievers are sometimes prescribed in order to manage severe pain, like the kind that you might feel after going through surgery. However, while these drugs are potent at controlling pain, they can also have an unwanted side effect: addiction. Whether you were given these medications by a doctor or took them recreationally, if you're having trouble kicking the habit now, here's why.

How Your Brain Normally Works

The brain isn't just an organ that sends electrical signals out to relay and translate information. It's has a very delicate balance of hormones at work, too.

When you're working with an ordinary, un-addicted brain, the brain utilizes a careful balance of hormones serotonin and dopamine. Dopamine is released when something good happens, like when you get a promotion at work or finish a level in a video game. It's also emitted when you just accomplish something, like completing a task or meeting a goal, albeit in smaller quantities. This brain chemical is where the problems begin.

What the Drug Does

When people take an opioid, it has a few effects on the body. The first is that it helps to block the transmission of information that allows the brain to recognize that pain is occurring. However, it also causes the production of dopamine in the brain.

Most people who take an opioid, especially when they never have before, immediately find themselves in a good mood and sort of uplifted — or, in other words, high. In controlled amounts, it's possible to recover from this, but certain people will be more susceptible to addiction, and taking more than the recommended dose can also raise your risk.

How Tolerance Affects Your Brain

You might be thinking at this point that more dopamine in the brain doesn't sound like too bad a thing, as long as it's controlled. However, even once you go off the medication, it's possible for that boost in dopamine to keep hurting you.

Once your brain has been exposed to a large amount of dopamine from an opioid, it doesn't react as much to smaller, normal doses of dopamine your brain automatically produces. As a result, you may feel depressed or could lack motivation. Many users think that taking the drug again will make them feel better, but it will only worsen the problem by extending the increased tolerance to dopamine in your brain.

The good news here is that with help, you can overcome this tolerance and get back to normal. It's not something you should go at alone, though. Get professional help to get you through your opioid addiction and get cleaned up for good. For more information on opioid addiction treatment, contact a local treatment center. 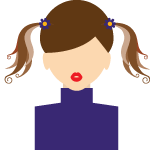